This Story About Pablo Picasso Teaches an Important Lesson 🙏
🔸️
From the age of 5 Picasso drew compulsively. He drew on anything he could get his hands on & sketched everything he saw 🎨
🔸️
On his 19th bday he left his family in Spain and immigrated to Paris, the art capital of Europe at the time 😍
🔸️
The young Pablo could barely speak a word of French, had little money and lived in a small studio.
🔸️
For a short while, Picasso made some headway, until his close friend, Carlos Casagemas, committed suicide.
Traumatized by the death of his friend he began to create sombre paintings in only shades of blue and blue-green, which led to withdrawal of his art dealers support.
🔸️
Left with little money, Picasso returned home to Barcelona to live off his family 😞. His father reprimanded him for his failure & said that he had no chance of making a living as a painter 💔
🔸️
1 year later, however, Picasso mustered up the courage and traveled back to Paris to have another shot.
🔸️
This time Picasso would strike gold.
In 1904, a wealthy American,  Gertrude Stein, discovered Picasso’s artwork and bought 10 of his paintings for 800 francs 🤩
She also commissioned Picasso to paint an image of herself, which would later become the famous Portrait of Gertrude Stein
🔸️
By 1905, Picasso had become the favorite artist of the Stein family, and G.Stein began to exhibit his paintings at her home in Paris
🔸️
In 1907, at the age of 25 years old, Picasso created his breakthrough painting The Young Ladies of Avignon: arguably the most important painting of the 20th century, which launched the cubism art movement and shaped modern art 🖼
🔸️
By the time he passed away, Picasso was widely regarded as one of the greatest artists of all time & amassed a net worth close to $500 million 💰💰💰
🔸️
In 2015, Picasso’s “Version O” sold for $179.4 million, as one of the highest ever sold auctioned artwork 😳
🔸️
It may look like Picasso was an overnight success but his story would say otherwise: it took nearly 20 years for his hard work for the breakthrough moment of success to arrive.
There Are No Shortcuts to Success ⚠️

If you’re looking for some inspiration to progress in your career then look no further than the successful life of Jack Welch 🤗
🔸️
Jack Welch was born into poverty. Although, he worked multiple jobs to make ends meet, Welch was never distracted from his studies and performed well academically throughout middle and high school 👨🏻‍🎓.
🔸️
In 1957, Jack Welch graduated from a university with a Bachelor of Science in Chemical Engineering. After graduation, Welch went for higher studies and in the year 1960, he graduated with a Masters and a PHD in Chemical Engineering from the University of Illinois at Urbana Champaign.
🔸️
Welch’s 40-year affiliation with GE started in 1960 when he joined the company’s ‘plastics’ division as a chemical engineer. Welch’s annual salary at the time was $10,500. Over the next decade, Jack Welch continued to impress the C-suite executives—winning their respect and admiration, and this led to him being appointed as the youngest vice president in GE’s history in 1972.
🔸️
7 years later, in 1979, he was promoted to the position of Vice Chairman, and in 1981, he became the eighth chairman and CEO of General Electric.
🔸️
Under Welch’s leadership, GE experienced tremendous growth with the company’s value increasing by 4000% during Welch’s tenure.
🔸️
With Jack Welch at the helm, General Electric acquired new businesses, streamlined operations and ensured that every business under the company’s banner was among the best 💪
🔸️
The revenues of GE in 1980—the year before Jack Welch became the company’s Chairman and CEO, was just over $25 billion. In 2000—the year before Welch’s retirement, GE’s revenue was $130 billion 💰
🔸️
Additionally, Jack helped increase the company’s market value from just $14 billion to over $400 billion, making GE the largest and most valuable company in the world 🌍
🔸️
He was a man on mission and someone not scared or discouraged by obstacles that came in his path. The successful life story of Jack Welch is the perfect inspiration for anyone looking to progress in their career or make it as a successful entrepreneur 😉 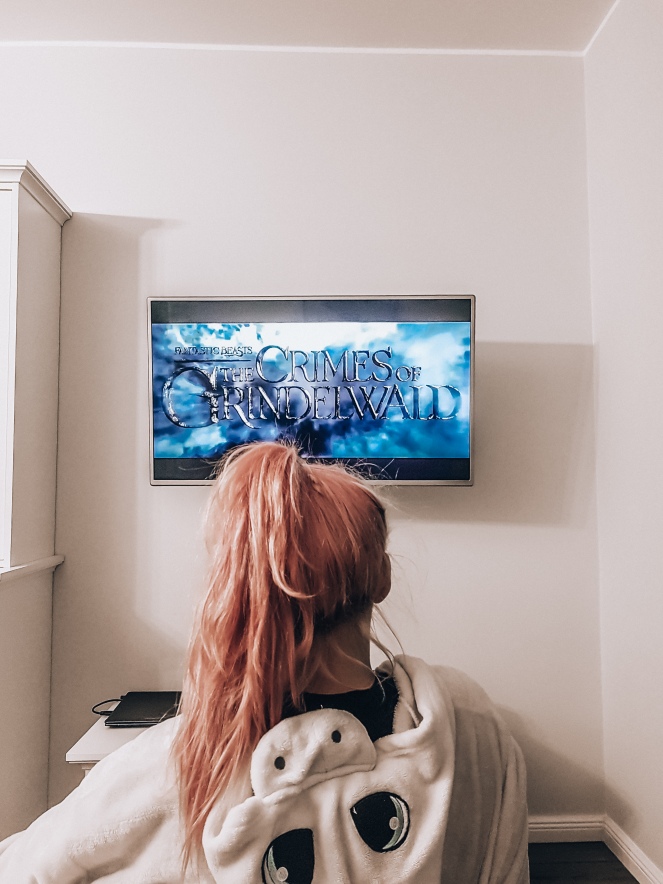 Today’s Inspirational Story will be in a form of an interview! Please see below and learn about Maja Bloom who played Carrow in Fantastic Beasts: The Crimes of Grindelwald!

Hi Maja! Welcome to Smiley Society! I’ve just seen Fantastic Beasts: The Crimes of Grindelwald and i was so excited to see you there! Well done!